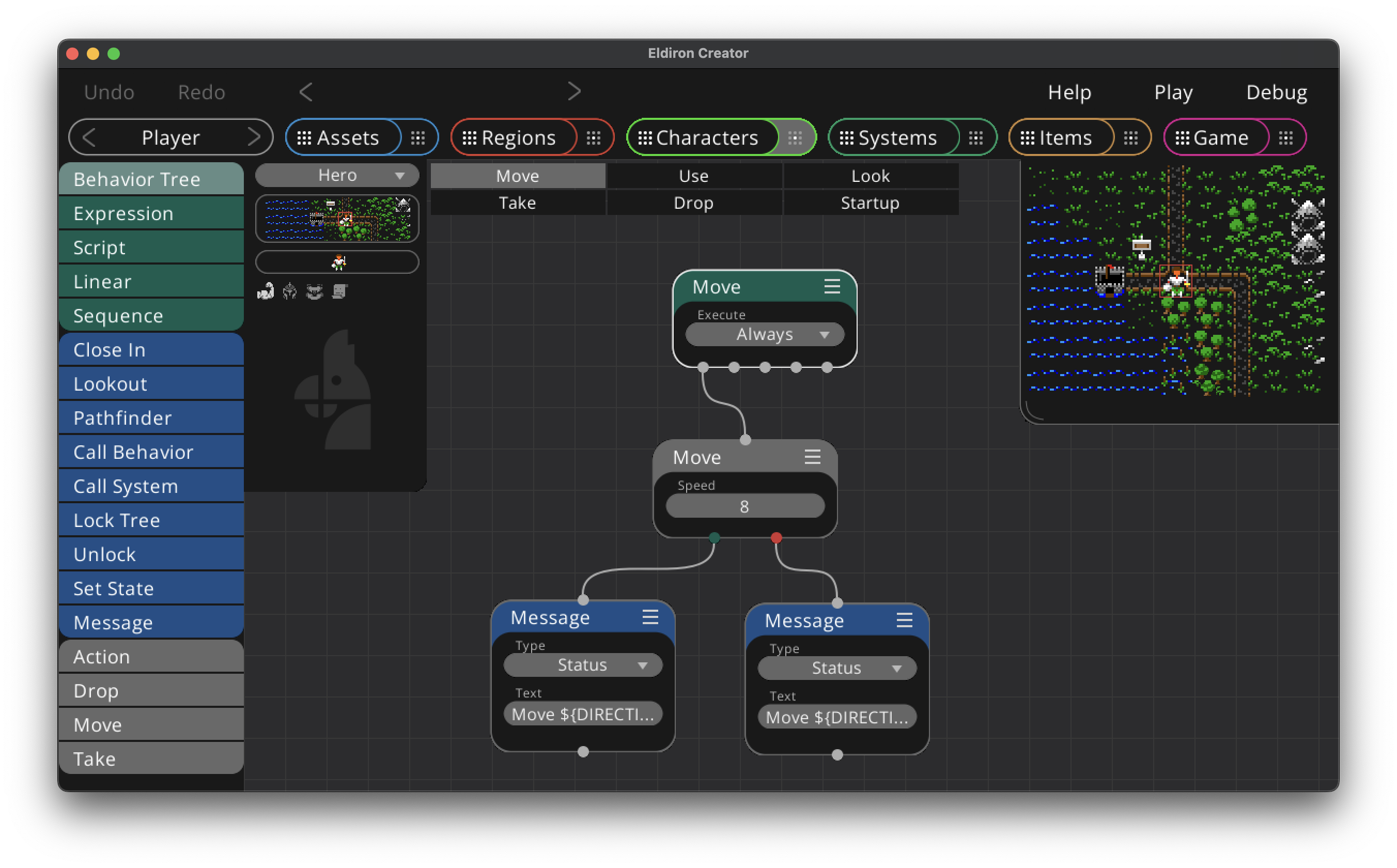 Player based characters map their behavior tree names to actions send from screen scripts. They basically define what todo for every user based action.

For some of these actions there are specific nodes available which handle the given action, like the Move, Take or Drop nodes. These nodes perform the action and return success or false, depending on the outcome.

The screenshot above shows an example for the Move command.

For all other actions please use the Action node, for example for Look or Use. The action node searches for a region, item or character with an behavior tree of the same name and execute that tree.

As the actions send from the screen scripts are user defined, you can easily map any action command to the behavior trees / actions of the same name, allowing a very easy and modular way to build up custom character behavior.