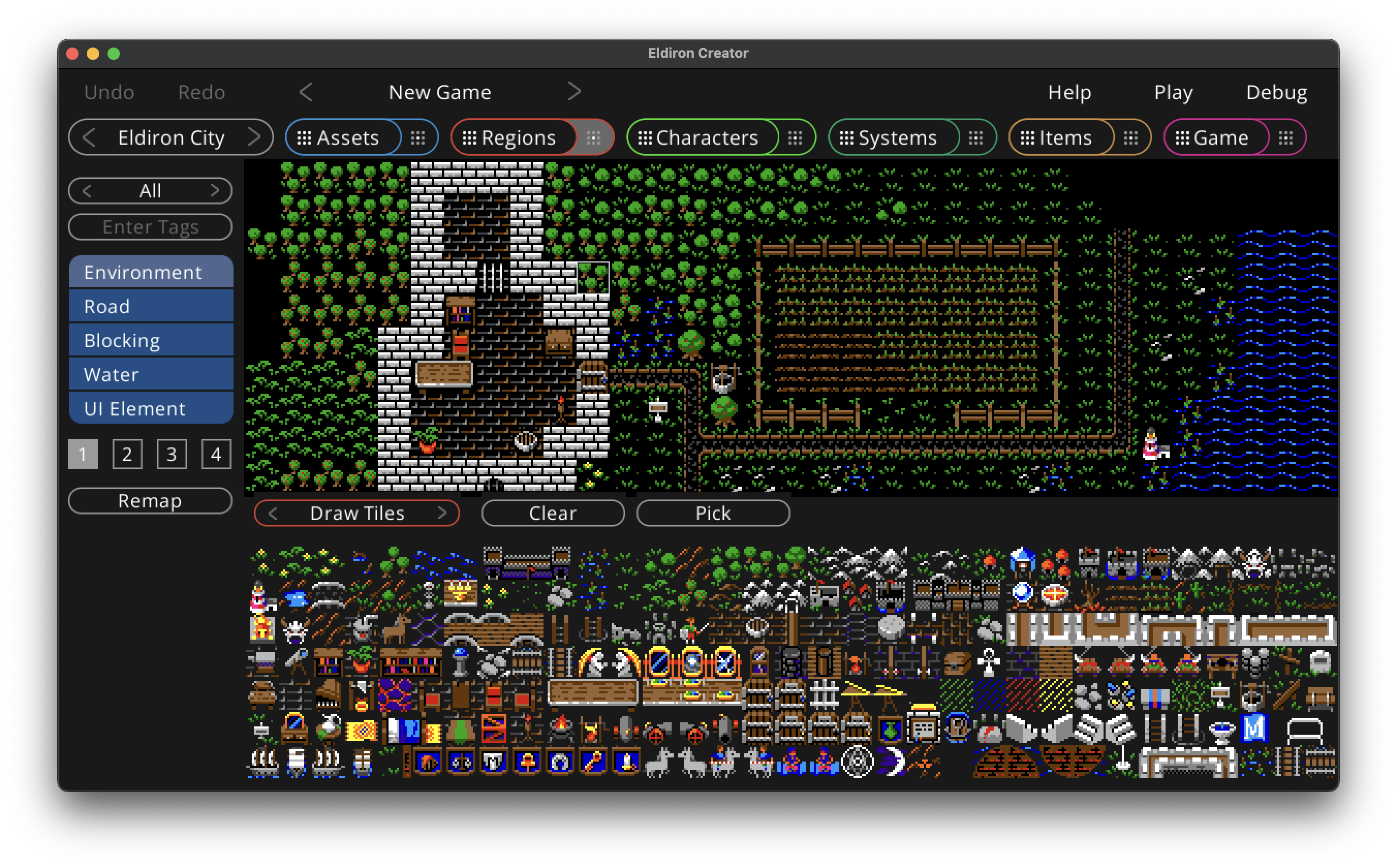 In the bottom of the view you have the tile selector. The tiles being shown depend on the currently selected valid usage role, which is one of Environment, Road, Blocking, Water and UI Element.

You can filter which tiles do show by:

While drawing you can select which layer to draw on, Eldiron supports 4 layers of transparency, with layer one having the lowest transparency level and four the highest.

While the the Clear button is checked Eldiron clears the clicked tile instead of drawing on it. The Pick button selects the tile at the currently clicked location so you can use it for drawing. The cleanr pick buttons of keyboard shortcuts of C and P.